The Guild is the student organization responsible for ringing the bells in Harkness Tower. It is a self-perpetuating group: each fall, the current members give lessons to freshmen and sophomores (and sometimes graduate students) on the practice carillon, and, after auditions, elect new members to the Guild.

The Guild was founded in 1949 by Elliot H. Kone BR '49 as the Guild of Yale Bellringers. It was renamed in 1964, two years before the donation of 44 additional bells expanded the original chime to a 54-bell carillon.

We currently have 21 full-time members, and a few adjunct members. Each Guild member has their own ring spot (see above!). Our teacher is Ellen Dickinson, who is a Yale and Guild alum; she comes in a few times a week to give us lessons to help us continue playing beautiful music for all of campus!

Besides ringing bells for Yale's campus, the Guild does two yearly tours. The smaller tour is Mini-Tour, and past Mini-Tours have taken the Guild to Pennsylvania and Boston. The larger tour alternates between a European Tour and a Domestic Tour.

During the summer, the Guild also hosts a summer series that invites carillonneurs from around the world to come play a weekly concert. In general, the Guild simply loves spending time together, so there are lots of snacks, dinners, movies, hanging out, and lots of general fun is involved! 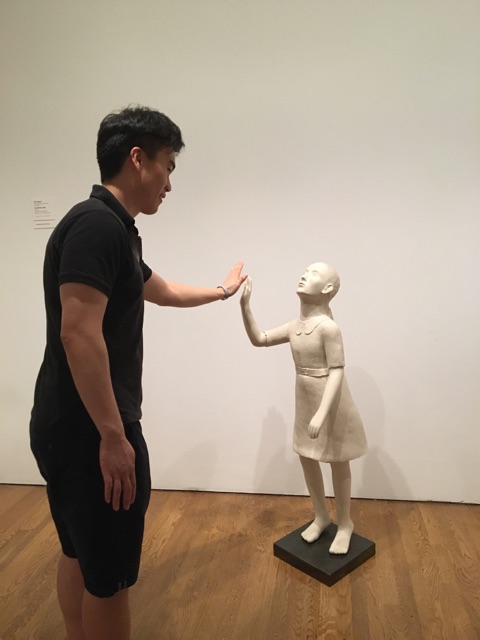 Daniel loves watching awesome people play awesome music. Hopefully he will actually get to practicing and play like that someday. In addition to the carillon, he has recently rekindled his interest in electric guitar. 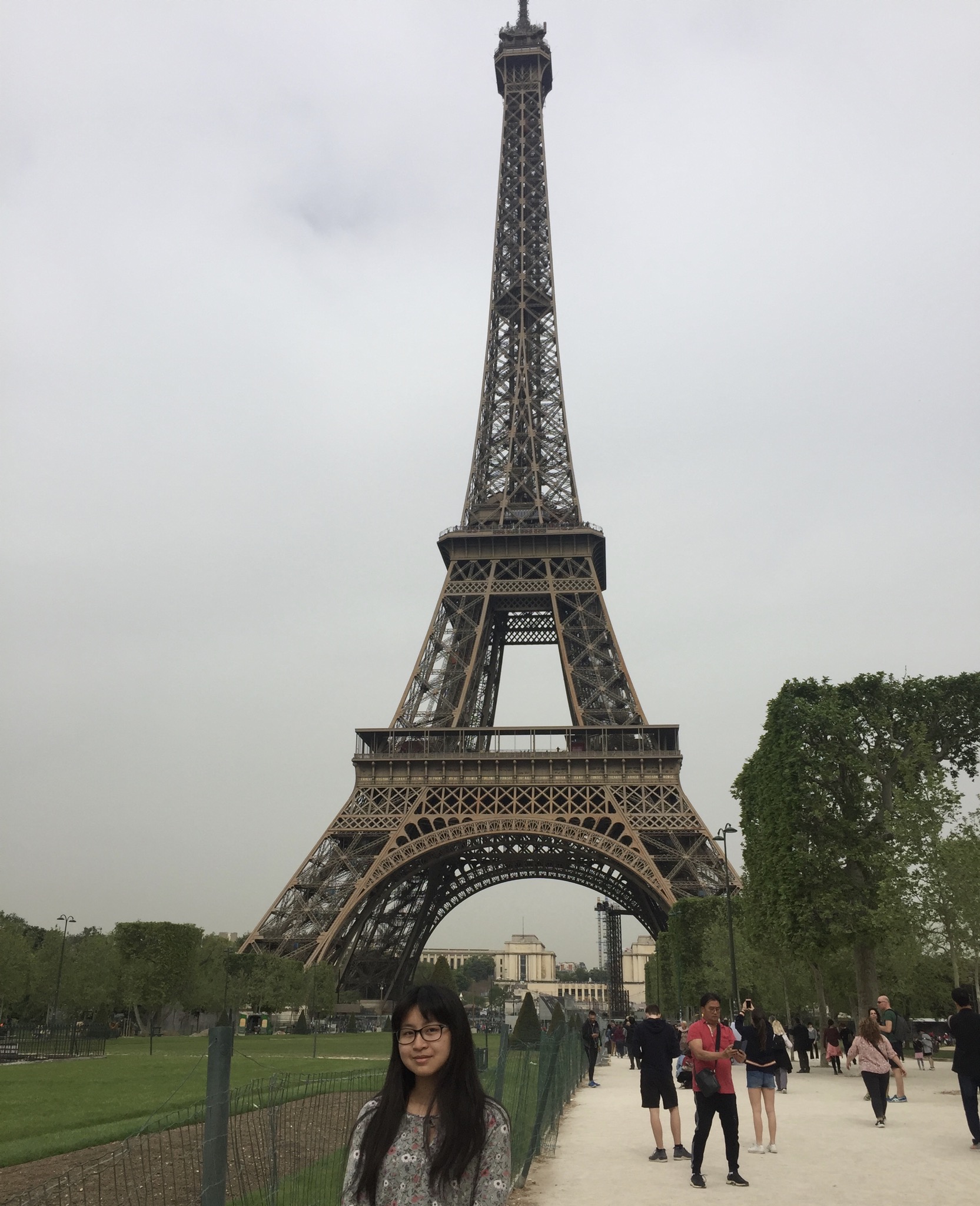 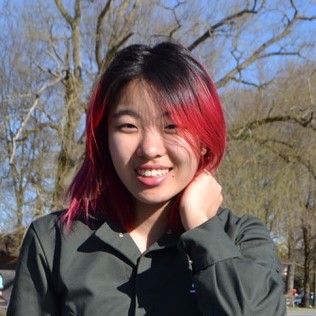 Sharon is probably in rehearsal, in a practice room, or napping (or any combination of the above)... Please leave a message after the tone. *facgce* 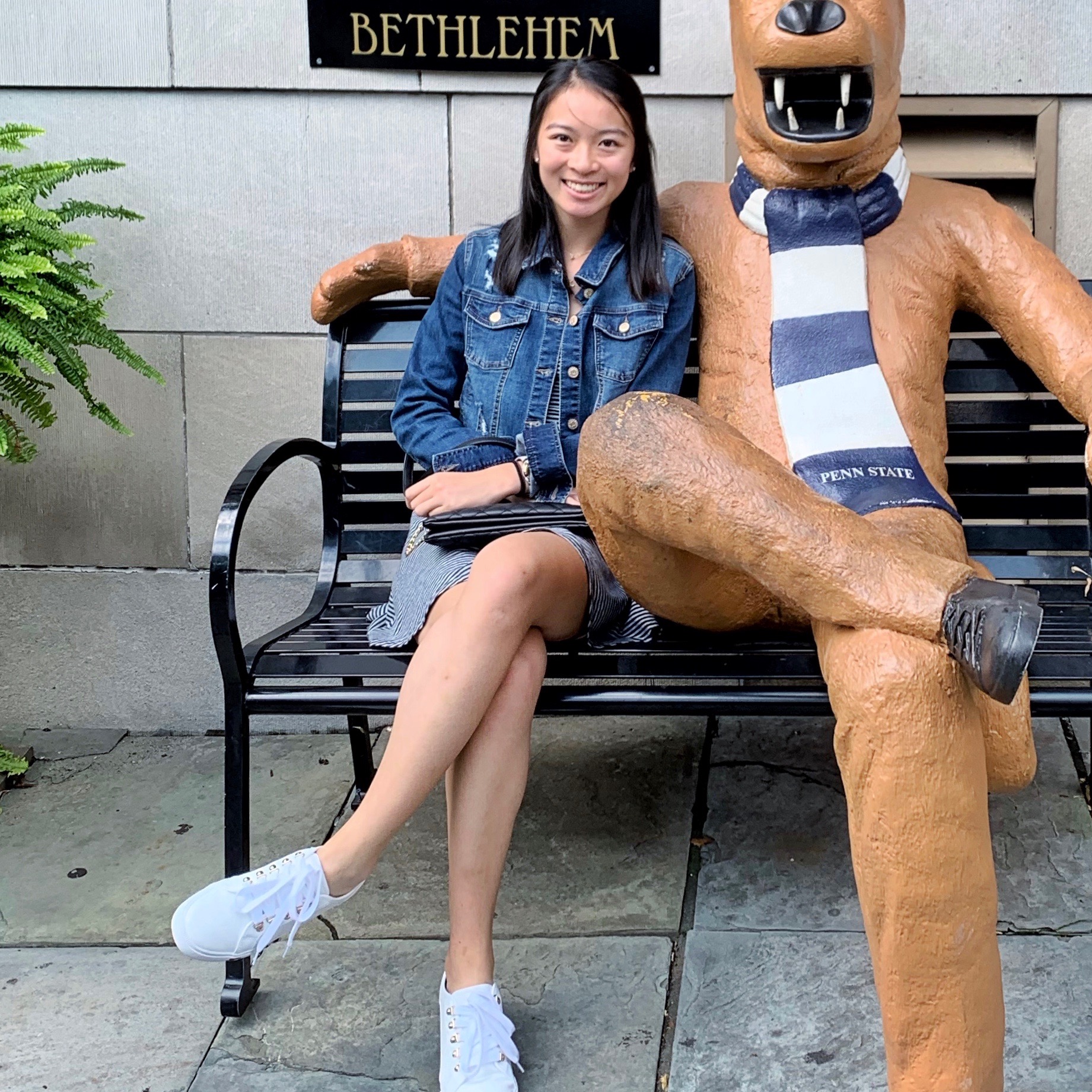 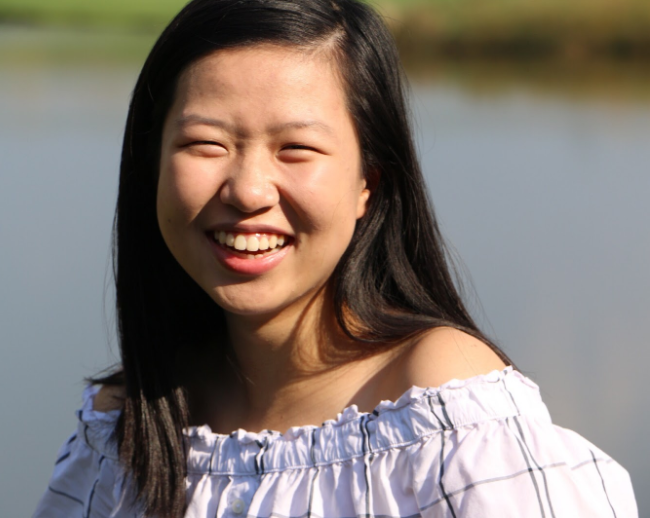 Kimie is a brain enthusiast from the marvelous college of the grapes (say what?!). When she’s not climbing stairs, she often finds herself dabbling in piano, painting her cat, getting overly competitive about IM ping pong, drinking orange passion fruit guava juice, and catching squirrels on Old Campus. 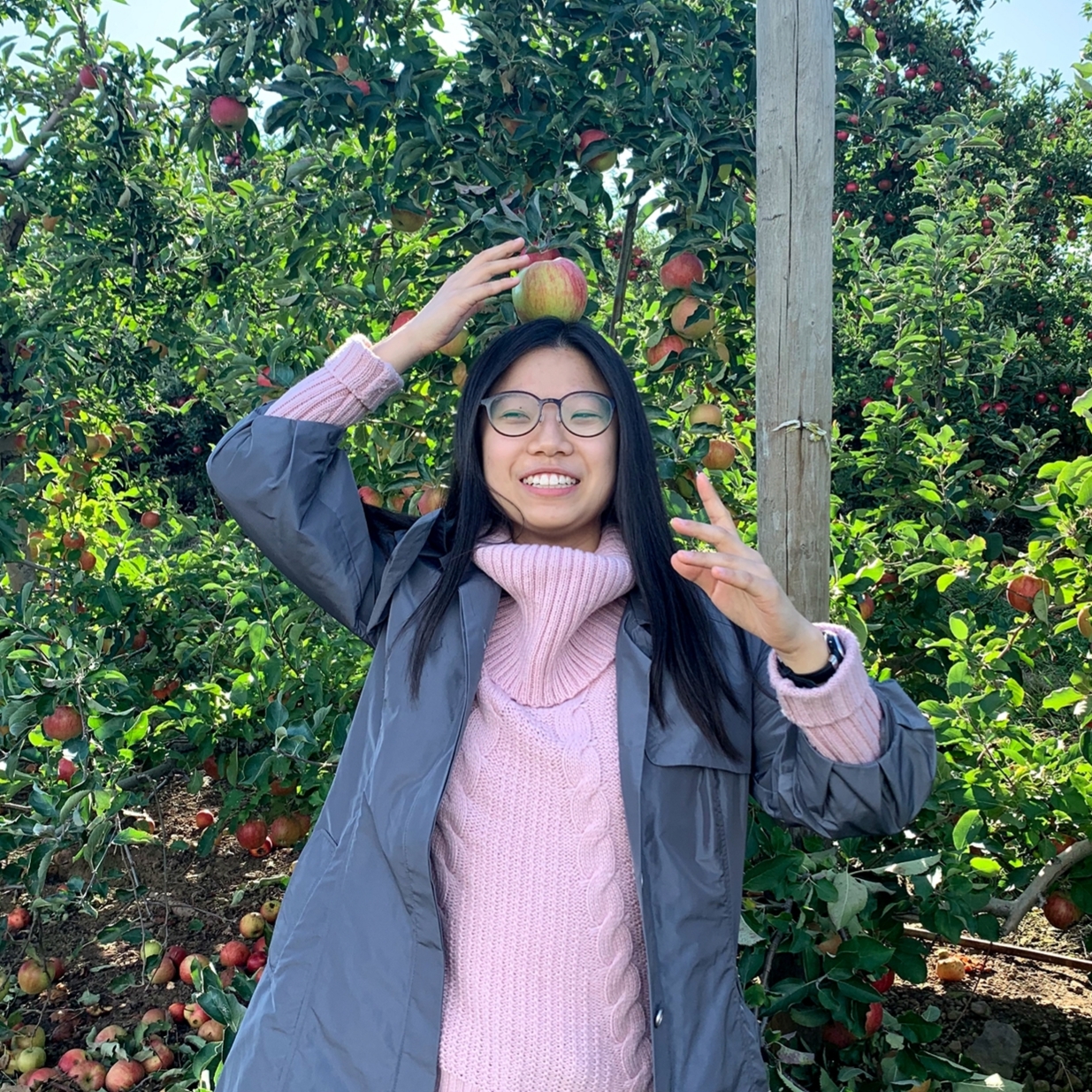 Lea is an iced latte aficionado from Solon, Ohio. When she is not mastering the art of climbing stairs, Lea spends her time playing the violin, drawing chair conformations, and watching all and every food-related video on the internet. 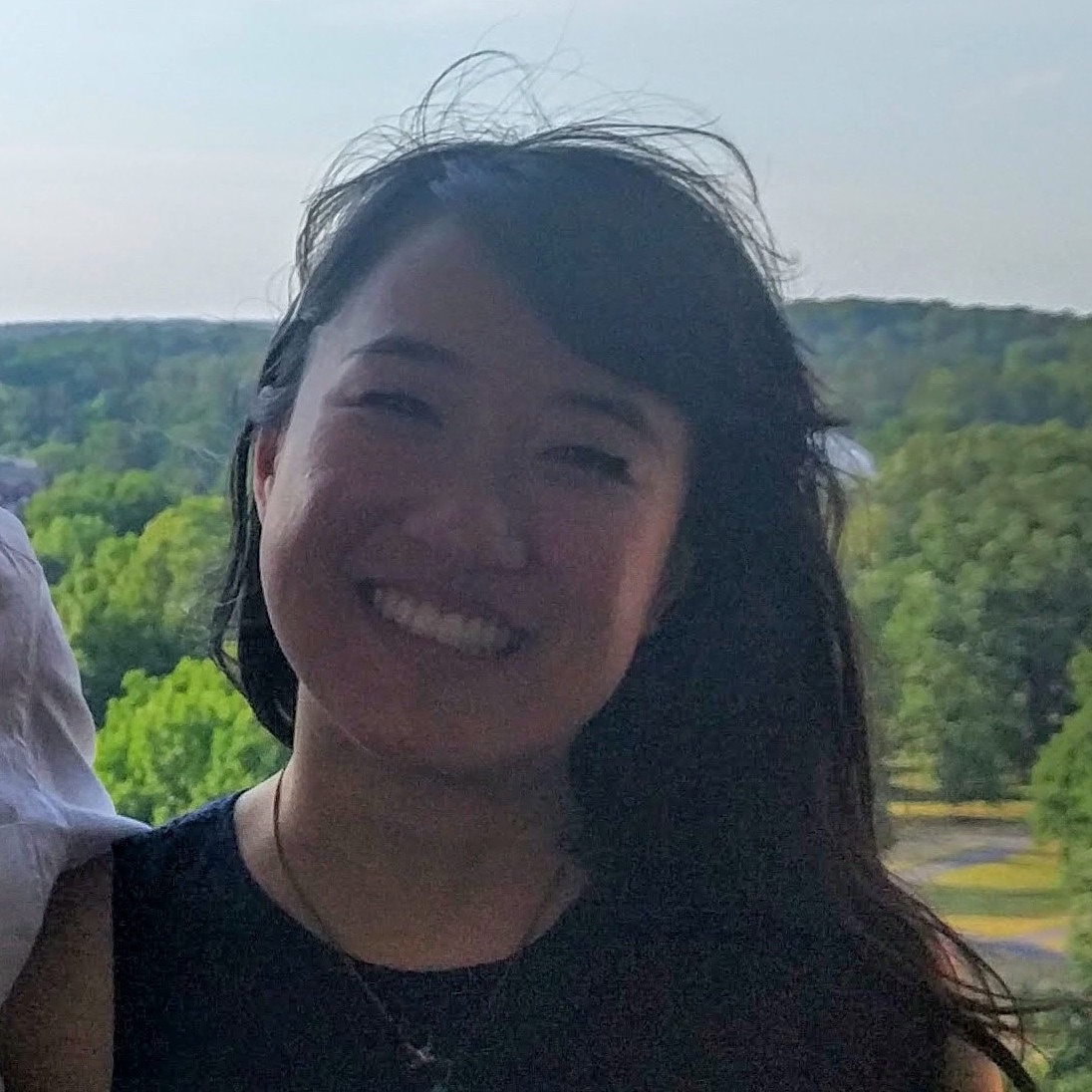 Erica is a PhD student in clinical psychology and neuroscience, and she is also a die-hard Cornell Chimesmaster. Erica loves staircases, cats, and whales. 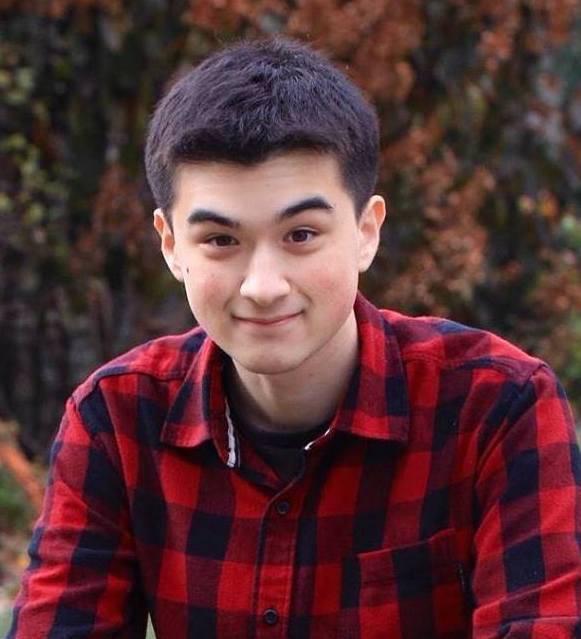 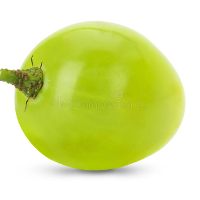 Zatch has been meaning to write a bio, but has never quite gotten to it. Maybe one day a Webmasters' Choice (TM) photo will appear here too. Oh bell. 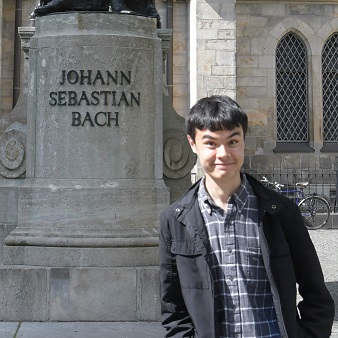 Oh no, someone mentioned Bach to Adam and now he won't stop talking. Other topics to avoid: genealogy, calligraphy, Baroque architecture, and really just art history in general. Like Costco, Adam is from Kirkland, Washington and loves free samples. 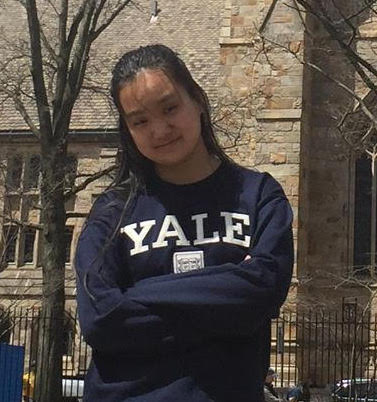 Janine is from North Carolina and enjoys learning about Organic Chemistry, the Kardashians, and most recently, big bells. When not struggling with spiral staircases, she can be found watching The Bachelor, taking a 12 minute nap, or trying to play big chords on the piano. 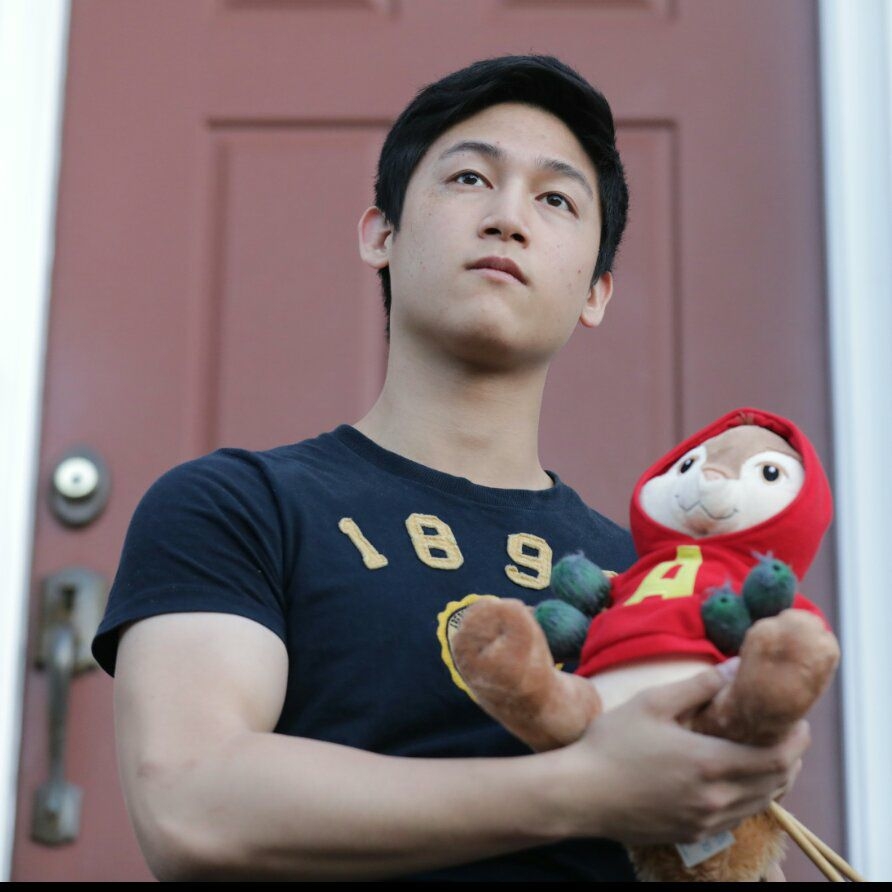 Alvin is a freshman from Potomac, Maryland. He is a percussionist in YSO but a Carillonneur at heart. He also practices the piano every then and now. Give him a box of Ferrero Rochers and he will always be with you through thick. The thin will cost you extra. Maybe a chipotle burrito bowl consisting of white rice, steak, tomatoes, sour cream, corn, cheese, lettuce and guacamole? 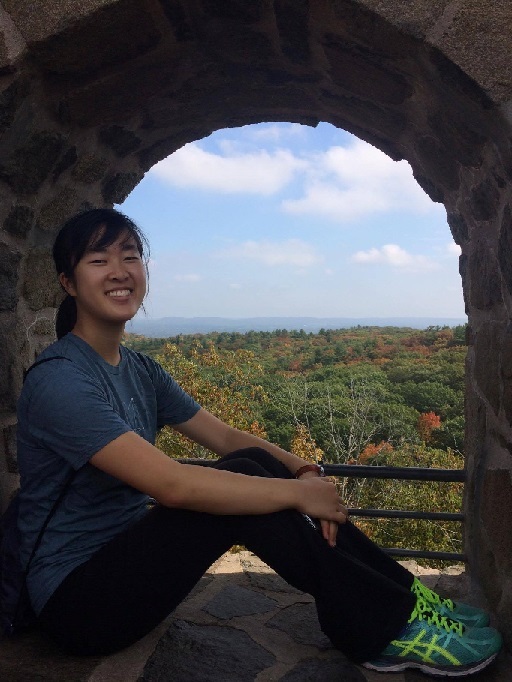 Annie is a bright blue puffy jacket from Southern California who gets (too) excited by socks, ping pong, super dark chocolate (85-100%), pandas, and the sound of raindrops on umbrellas. 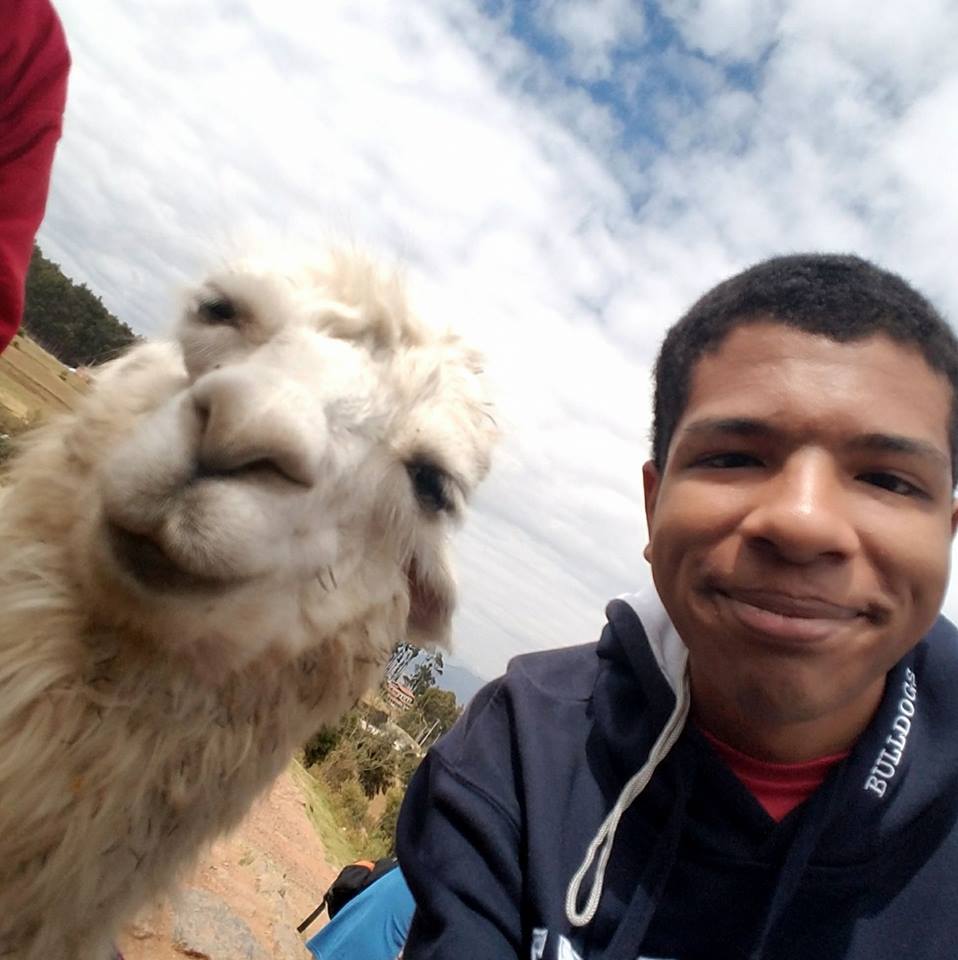 Robert is from Corpus Christi, Texas (a.k.a The Sparkling City by the Sea). He enjoys watching rousing physics videos on YouTube, among other types of videos. Robert plays the piano and is also a Baroque enthusiast who likes to indulge his ears in the beautiful sounds of the harpsichord and organ. Robert constantly asks himself where he is, not because he is lost geographically, but because he is lost inside. 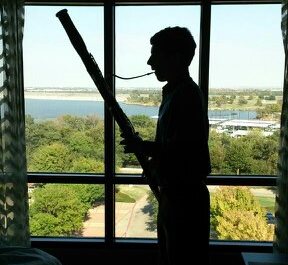 Paul didn't want to show his face for the picture; he was too busy practicing. In addition to the carillon, he plays the bassoon. He likes to think that he plays piano and organ too, but who has time for all of that? Paul loves long walks, trains, stairs, and Frisbee. 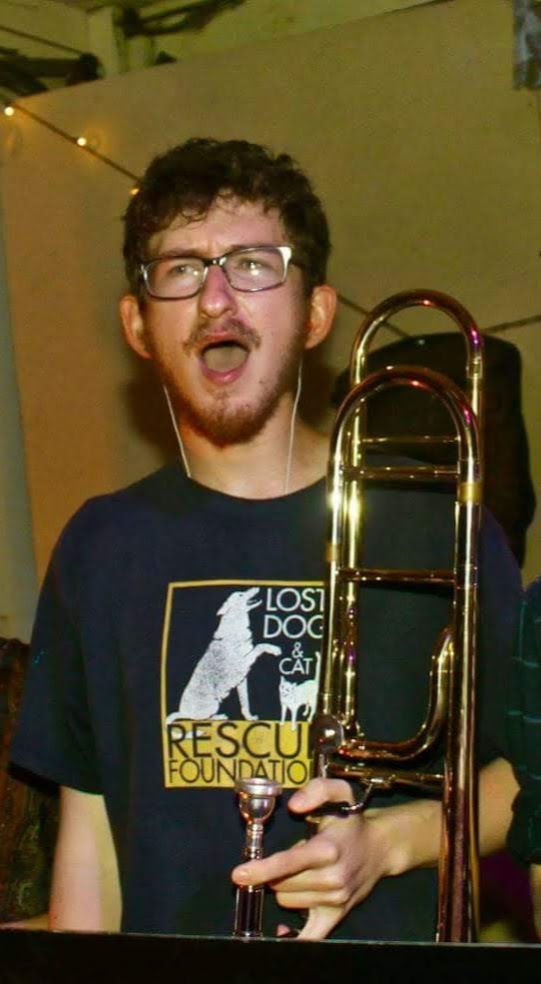 Michael was taking his trombone out for a stroll when he strayed too far from the new colleges and got lost. Now he's stuck in Harkness Tower and can't get down. Please send help. 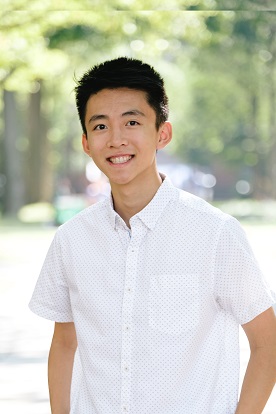 Nathan is a junior in Davenport College. His favorite composer is Rachmaninoff and he likes playing chess. When he isn't doing homework, he's either sleeping, eating, or practicing Carillon (two of those are true and one is a lie :^). 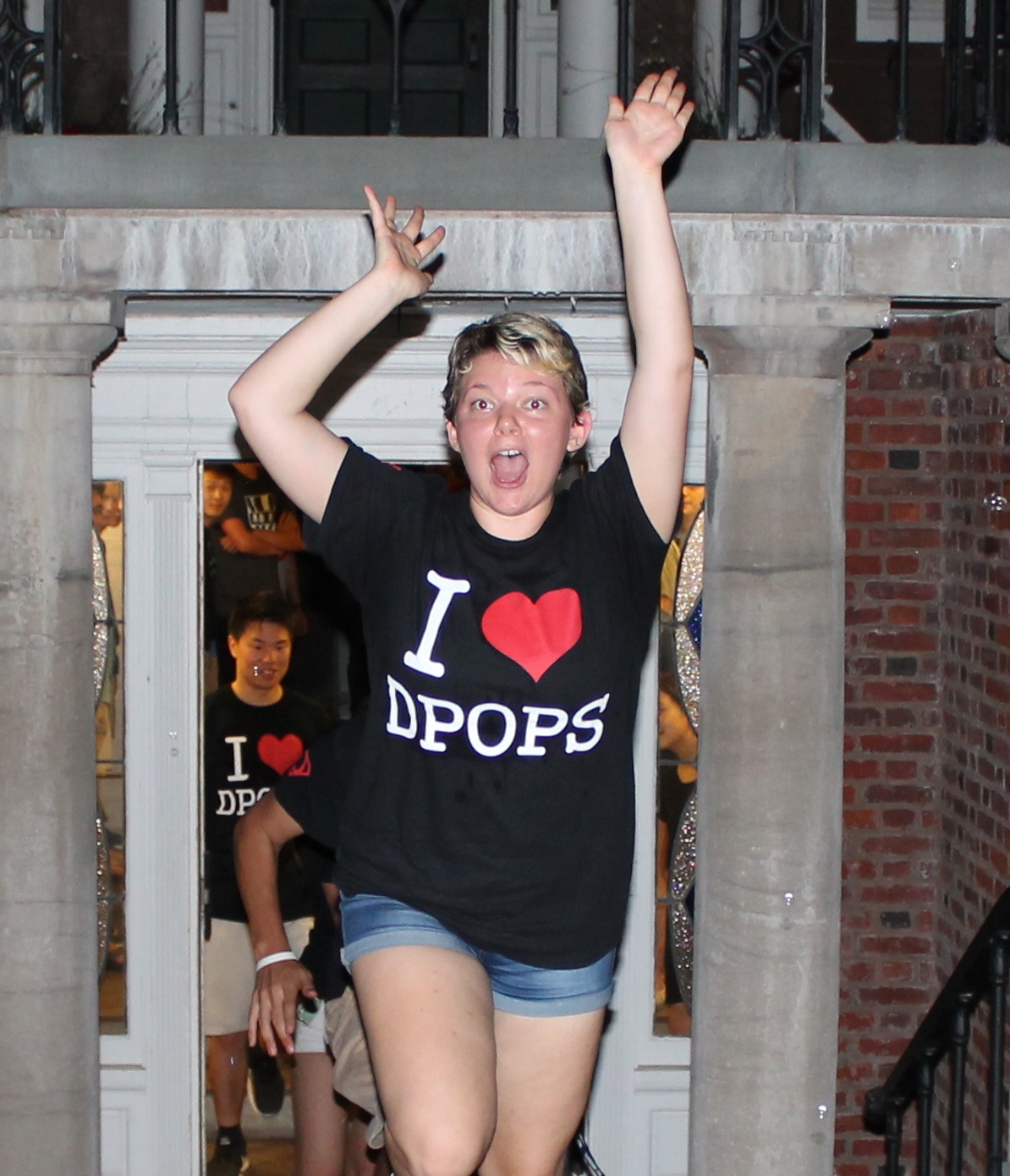 Sarah is interested in brains and tech, but not AI. Outside of the Tower, they fix computers, cook, and sometimes play viola. They have a collection of small succulents and their favorite is a red-headed cactus named George (Weasley). 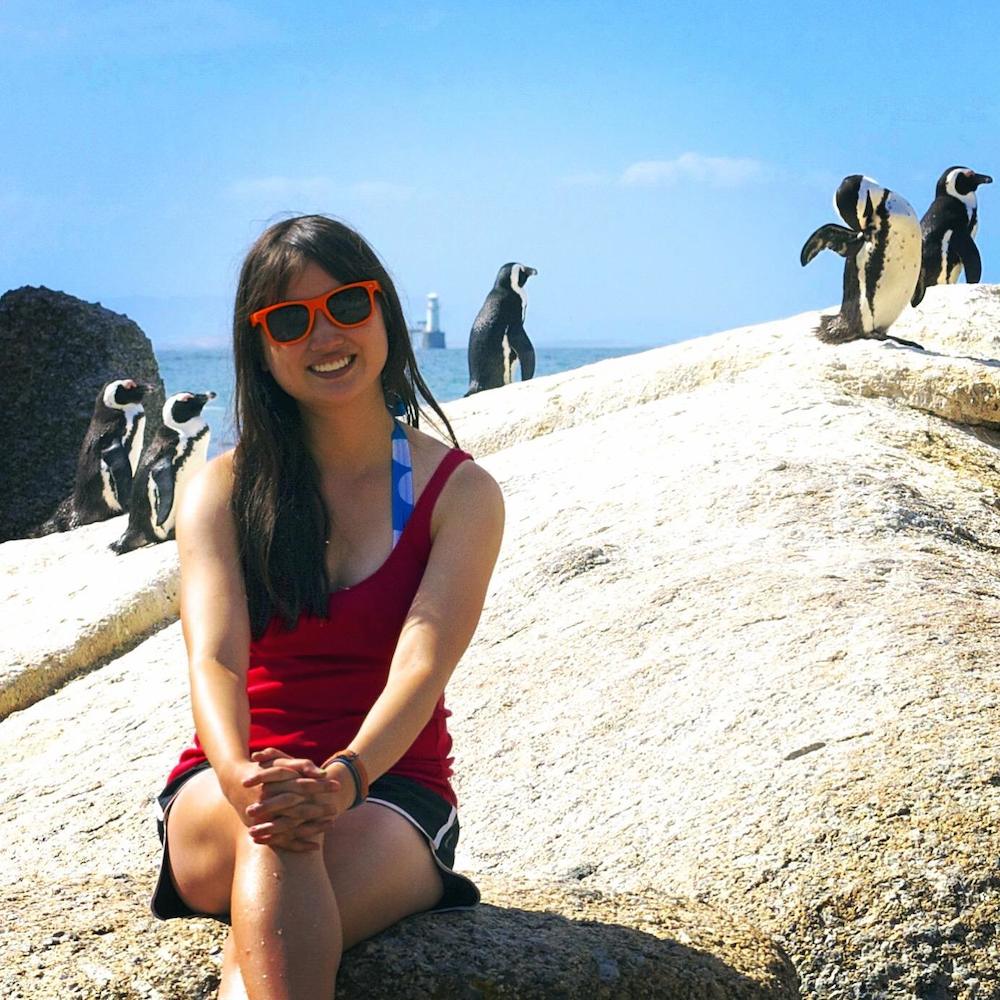 Alicia is in Pierson College. She sometimes laughs at inopportune moments, also plays French horn in the Yale Symphony Orchestra and has an affinity for boxes. She also generally prefers Oxford commas, but... 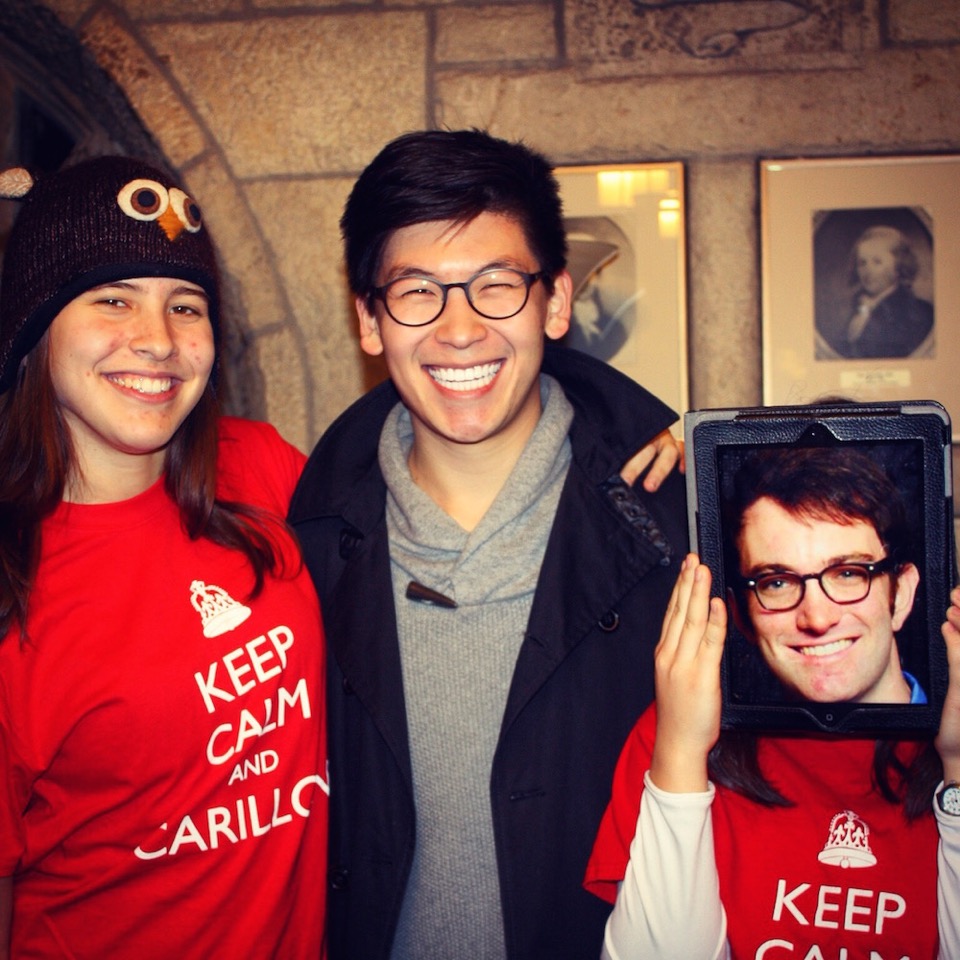 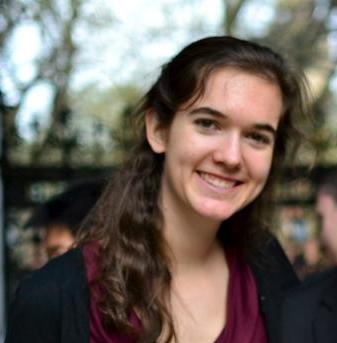 Katie is a biomedical engineering major. In her free time, she enjoys running, cooking, and knitting. She regrets that two of her favorite things, peanut butter and anything French, are mutually exclusive. 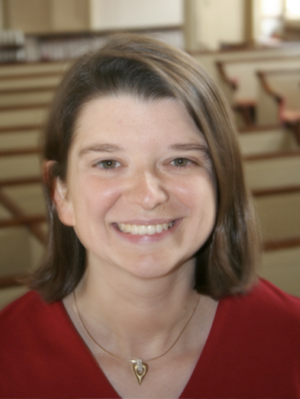 Ellen '97, '99 MUS, has previously been a member of the Board of Directors of the Guild of Carillonneurs in North America. She joined the Yale Guild in her sophomore year, and served as co-chair in her junior and senior years. She now serves as the Guild's advisor, and has two children, ages five and seven.